Aerial Yoga: Should You Try This High-Flying Trend?

Aerial Yoga: Should You Try This High-Flying Trend? Aerial yoga has been trending on Instagram, probably because the acrobatics in silk hammocks is really unique, but also looks really pretty!

But is that all it is? Pretty? Is anyone actually doing this? Is it beneficial, safe, and (bottom-line!) something you should bother paying for?

Well, as for the benefits, absolutely!

There’s a trend of yoga being combined with cardio and higher intensity workouts to up the ante. (You may have noticed that there’s a particular combination of YOGA and PILATES that I’M a fan of…;) )

It just makes sense to combine the stretching and de-stressing of yoga with other forms of exercise, so that we see a unique combination and multiplier of benefits.

In the case of aerial yoga, those benefits include increasing cardiovascular fitness, and working on muscle toning, especially abs. If you look at the website for one of the top aerial yoga classes, “AIR,” instead of sitting in the hammock, participants often use the hammock to prop their legs up and do exercises like leg lifts and crunches. They’re stretching with the hammock more than they would be able to on their own.

Participants are also seen to grab the hammock like a climbing rope: they might hold onto it to maintain good posture while sitting on the floor; OR they might hold on to the rope while doing gravity-defying stunts like a trapeze artist, engaging arms, core, and legs all at the same time.

That may sound difficult…assuming you’re not a member of Cirque du Soleil…but it doesn’t have to be!

A study by the American Council on Exercise followed 16 women ages 18 to 45, and they all had an easy time getting the “hang” of aerial yoga (sorry). They all found that poses like downward facing dog became a lot more effective for the abs, when the hammock lifted their legs off the ground, and the new center of mass forced them to use core muscles. 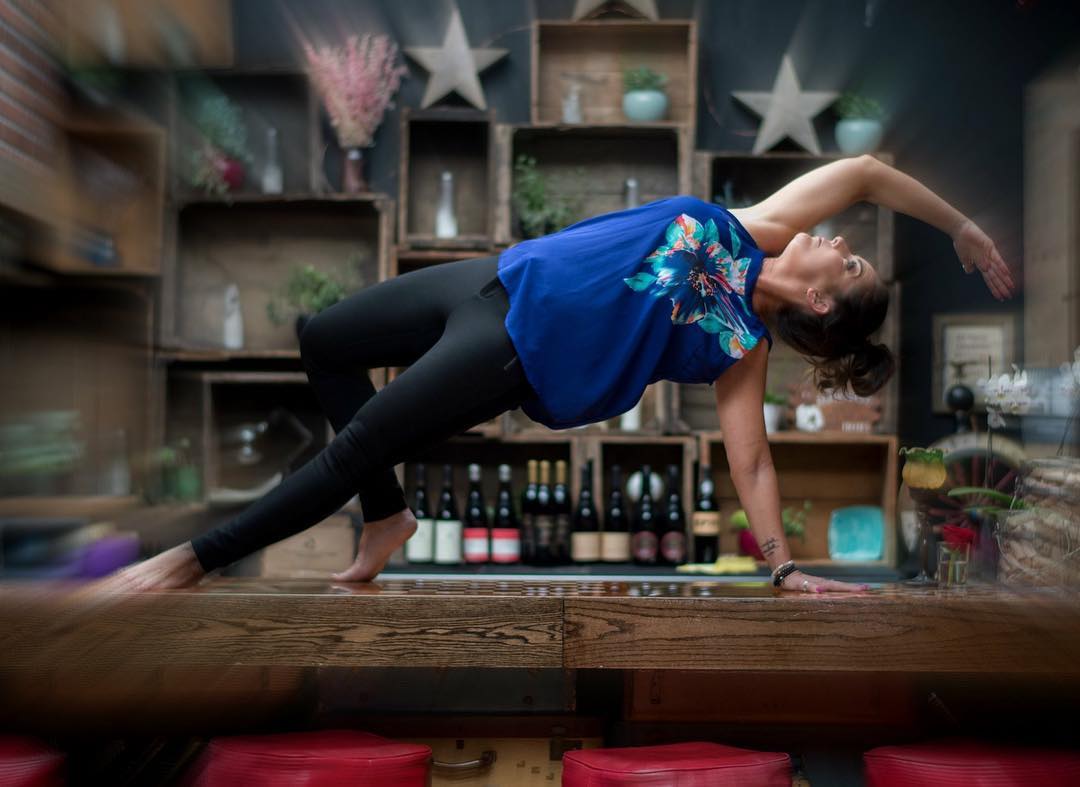 In fact, aerial yoga can be better for older women than regular yoga, because using the hammock obviously takes stress off the joints.

The way some people use an inversion table to put them in traction in relieve back pain, and put their body into a position it wouldn’t be able to get in on its own, you can use your sling / hammock in aerial yoga to reduce spinal compression and joint pressure.

You can almost think of it like physical therapy in that sense, the way that the GlideCycle bike or treadmill harnesses allow you to exercise and rehabilitate, without hurting yourself.

So, am I saying you should becoming an “aerialist”? Well, just like with anything else, I encourage you to be careful because some aerial yoga classes are more intense than others. “AIR” mentioned above seems to pride themselves on their fast pace, and you don’t want to hurt yourself by trying to attempt a pose you don’t have the flexibility or muscle strength for! But, your instructor will understand that you’re a beginner and train you in safety practices!

Speaking of instructors…if you’d like to start my PiYo class or become a PiYo instructor yourself, contact me here!

I’m sure we can fit something in your schedule, between all your new high flying trapeze classes! 😉